The soaring, energetic melodies of Scotland and the fiery driving music of Cape Breton are inseparable in some ways, but worlds apart in others.  In Ed & Neil Pearlman they are reunited in a way that is perhaps uniquely American.  Equal parts Northeast Scottish and Cape Breton dance hall, Ed's playing is a rich expression of the multi-faceted Boston Scottish music scene – a scene that he played a central role in creating.

Perhaps the best descriptor of Ed and Neil Pearlman's duo project is the oft overused phrase “Living Tradition.” This father and son bring together melodies from Scotland and Cape Breton that range in age from 500 years to 5 months, played in a style that is both traditional and experimental. 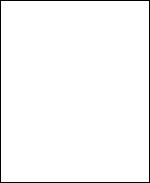 Ed has been an institution in the American Scottish music scene for over 30 years, throughout the US, in Canada and in Scotland, working with almost every major name in Scottish and Cape Breton music and acting as a judge for multiple US National Scottish Fiddle Championships.

Neil is touring and teaching the US, Canada, Scotland and Galicia, and rapidly making a name for himself with his unique piano accompaniment style merging Cape Breton style with influences from jazz, Latin, funk, pipe band rhythms, and the latest ideas from the Scottish music scene.

Together they literally represent the passing on and development of tradition. They play music that is both old and new, and speaks to the common humanity in all of us.